Stay up to date on
all things BEN mcpeak

Thank you! Your submission has been received!
Oops! Something went wrong while submitting the form. 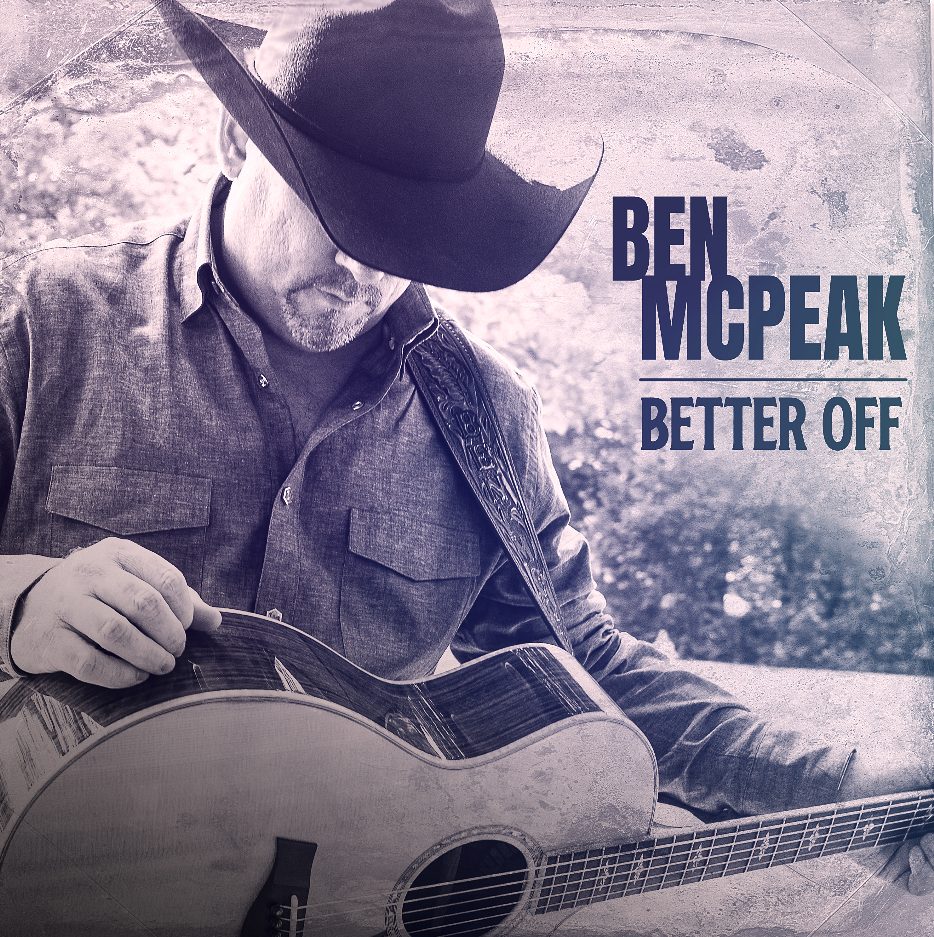 Listen to
better off

Country singer Ben McPeak started performing professionally the day after he graduated high school, and has been at it ever since. McPeak performed full time at San Antonio’s former Fiesta Texas Opryland theme park (now Six Flags) while also fronting his own band, playing clubs and private shows. So, with many years of live show experience, writing sessions in Texas and Nashville, he decided it was time to combine his talents and record his debut album, Better Off, (Aug. 23, 2019)
‍
On Better Off, McPeak wraps his rich baritone vocals around eight neo-traditionalist tracks, influenced by the ‘90s-era country he loves most. Among his touchstone artists are several who topped the charts then, including Garth Brooks, George Strait, Alan Jackson, and Keith Whitley. (Of course, Haggard, Jennings, Cash, and Twitty also make his list.)

The album was recorded at Benchmark Sound in the same Music Row building where Cash, Strait and many other top artists recorded under its Emerald Sound Studio name (Eddie Rabbitt tracked “I Love a Rainy Night” there). It was mixed and produced by Billy Decker at Westwood Studio, also in Nashville.

McPeak is planning to perform at select Texas venues in support of the project and he’d like to turn country music fans on to this recording, now that it’s finally here

Thank you! Your submission has been received!
Oops! Something went wrong while submitting the form.

rotate your phone or
resize your browser
for a better viewing